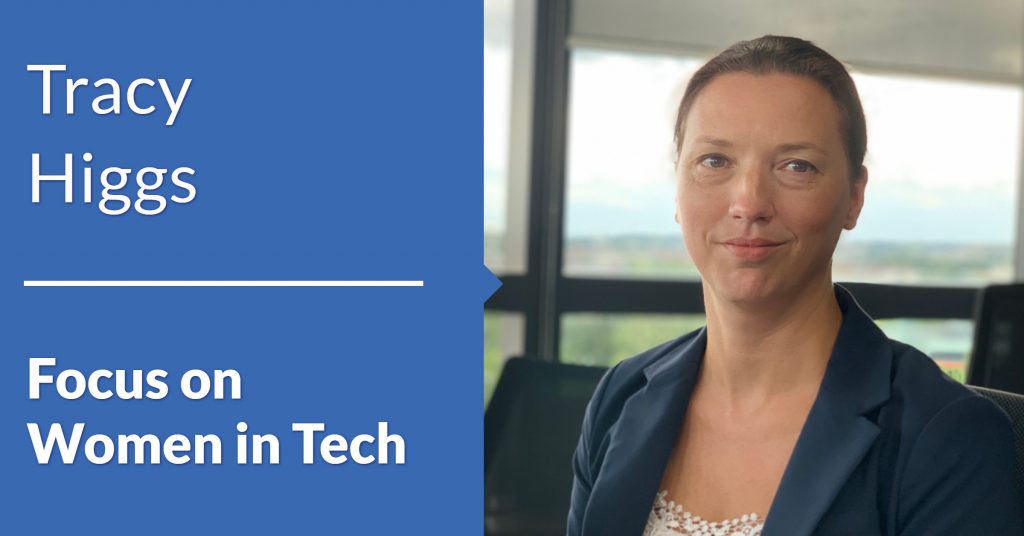 Can you tell us about the industry you’re in and the role you play?

I work in the software industry, and the role I play is product manager. I work with our clients to help them to create and manage their products. It depends on the client who I am placed with; as to what role I fill on that particular contract.

It does vary, but its wide and can be anything to do with product management, return on investment decisions, road maps, strategy, and business transformation; it varies depending on the client’s goals and objectives.

Tell us about you award win, when did you hear and what does it mean to you?

I won a TechWomen100 award, and it was amazing. It is so nice to be recognised for the job that you do. I’m very passionate about women in the workplace, so I do a lot of work to champion that. So, to be identified and recognised for that was wonderful!

I got the email through on a Friday and I was not expecting the make the final draw, and when I got it, I was over the moon I rang my mum and she cried!

Recognising females in the industry is imperative. There are not enough of us. And I think identifying that they are doing a good job is part one. But it’s also to provide that pipeline of role models for other people, showcasing that this is a career that they can aspire to and signposting to  entry points.

Anything that will help generate more female engagement in our industry is a positive. The more females we have to address the balance, the more equality; the better decisions, the better outcomes, its better for everybody. There is a lot of evidence that women in leadership positions, actually has far wider fringe benefits to an organisation, as well as their ROI.

What misconceptions are there about women in Tech?

Historically, women were the female calculators. They were the ones that did that maths and the computing to put astronauts into space. Dame Stephanie Shirley was one of the first women to sell software instead of hardware, she pioneered that industry. It’s become a huge male dominated industry but it never used to be, so we need to readdress that balance.

I think in general, with the intelligence bias, people see men as intelligent and women as less-so. Challenging that stereotype, by having more women in the industry, can only be a positive.

I have had a lot of challenges, it would be unfair to say I haven’t. Some because of my gender, but I see them as learning opportunities. Being heard is often more challenging for females.

I think that my personality, as I’m quite quiet, and not always the first person to step forward into a conversation can be a hindrance. Practicing bravery and awareness of psychological safety,  to know that its ok to use your voice helps. And I encourage all other women to do that too.

Visibility. Having a strategy to show role models positively in the industry, and awareness. I don’t think there is enough knowledge out there about the job roles that are open. People often assume to work in the software industry, you have to have studied or have a degree in computer science. And if that doesn’t interest you at university, or college level when you’re making those decisions, then you won’t see it as an opportunity.

Educating educators on the opportunities available is a real first step. Better advice at careers events about the opportunities available in UX, design, research, product, project management and engineering. They are all entwined and all part of the software industry. The amount of people I have worked with who have started in one role and have learned so much about what’s available around them and taken side steps. Then once they are in there, they build their confidence and courage, and they take on new skills. Just opening the door to software as being a role and a job that they too can do.

If people actually saw what an interesting and fantastic career it could be, it would whet a lot of people’s appetites.

To not be scared. It’s one of those weird things, especially in software development that use Agile, we always say ‘learn from your failings’. Yet as people, we often protect ourselves from that. Girls are socialised for perfection so they will avoid risk and therefore aim for perfection. We need to break that gender expectation and normalise failure, in safe environments. You can take risks, and you can experience failure, and it doesn’t mean it’s the end of your career or job.

A great role model is Bozoma Saint John, CEO of Netflix. She said if ‘I’m not scared, or not taking a risk, then I’m not doing my job properly.’ We all need to be a bit more brave!

If you could go back in time, what piece of advice would you give yourself at the start of your career?

It’s difficult, because of the trajectory I’m on. Because of the past opportunities and challenges I have faced, if I hadn’t had those, would I still be on the same trajectory? Maybe just a pep-talk that I can do it!

Did you always plan to be in this industry?

It’s been very organic. When I left school, I wasn’t really on a career path.  I had a very challenging time when I was younger, and I didn’t really have a ‘plan’. I ended up doing temporary roles, trying to find a foot into employment. After worked for several years in a Sales Admin position. I then had a family, I had two children, and it was then that I had to look at my life choices. When you’re on minimum wage, you struggle to pay for childcare and I had two children under the age of 3 and trying to pay for full time childcare while I was at work, wasn’t financially viable.

I looked at my life then, and thought what can I do? Looking through jobs and salaries and decided that I needed to re-educate. I went to university in the evening while raising two children during the day, and I became a lecturer at the local college. There, I spent seven years lecturing which I absolutely loved!

I was re-educating offenders, working with young people who were disengaged, with adults who had failed to gain literacy or numeracy qualifications and I found that fascinating work to be involved in, it gave me a passion for learning. After redundancy cuts, I started looking back out in the market . For me, I found that once you are labelled as a ‘lecturer’ its hard for other companies to see you have transferable skills, so a natural transition was as a software trainer.

That was my golden opportunity. I became a business analyst and moved into product management. It was through a forward-thinking company I had female role models that gave me that chance that I wouldn’t have known was available.

Much of my career has been in the Health Tech industry, which was accidental, but it aligns with my values and my beliefs. My work at the college was about people and putting back into the community. That’s what I like about Health Tech, you’re helping people. I saw a quote recently that really resonates with my heart, which was ‘what’s your return on investment for your soul?’, and that’s where my head is at, at the moment.

More visibility for females, and more people using their platforms for good, championing equality is vital. We have this opportunity with the pandemic, where we can create opportunities for people who have been displaced through retraining, eg someone who traditionally worked in retail because it was flexible to accommodate their care giving needs may now, with the appropriate training be able to access new employment opportunities working remotely within our industry.

Do you want to be featured in our series of interviews? Contact Harriet at [email protected] 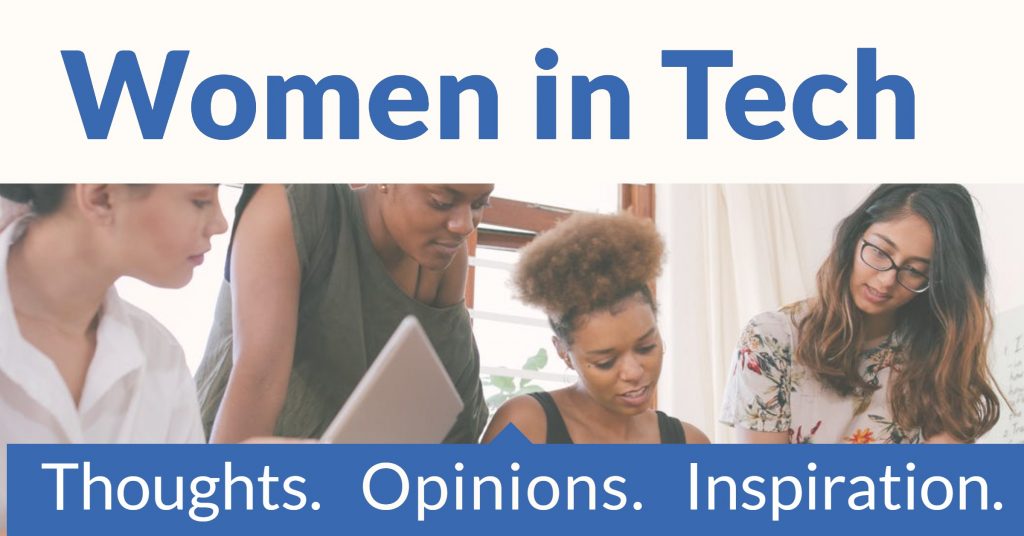 Are providers assisting managers in dealing with stress?